Voting began on Mar 14th and continues to the Championship on Apr 4th. Will last year's champion, Downingtown Borough, soar again? Or does a different year bring different results? Only your votes will tell.

Be sure to vote each round, check out the the current standings below, and most importantly share the tournament to neighbors and friends to help get more votes for your community! 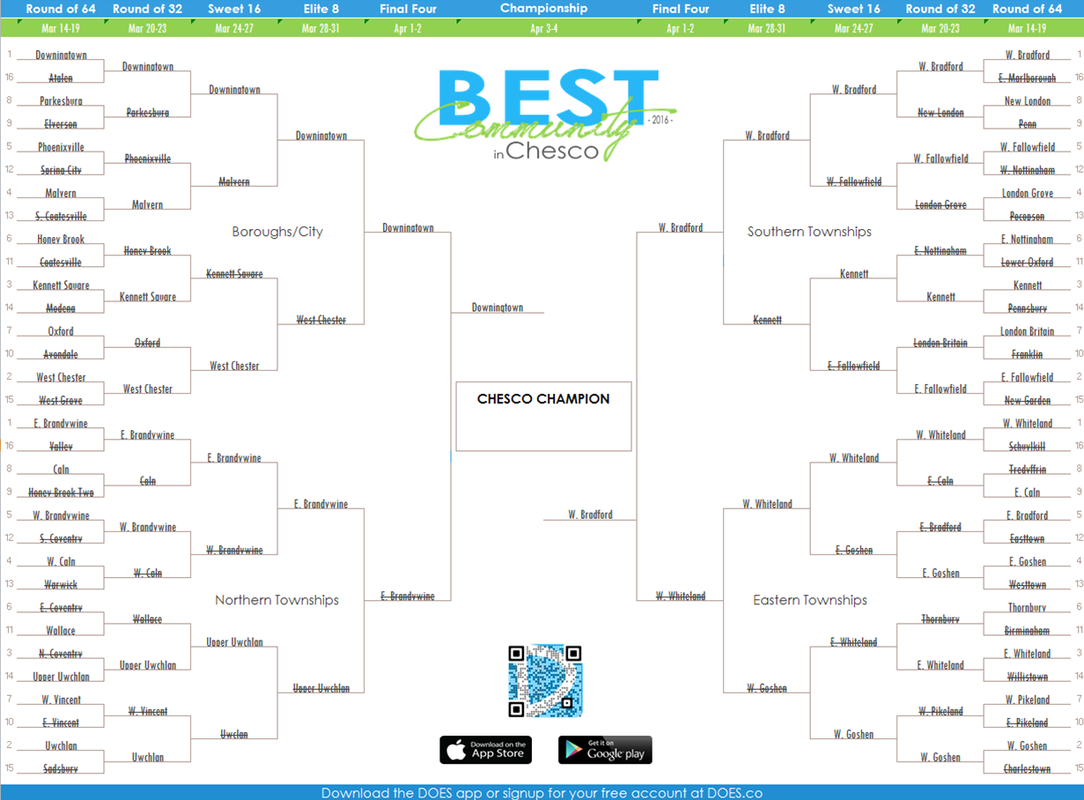 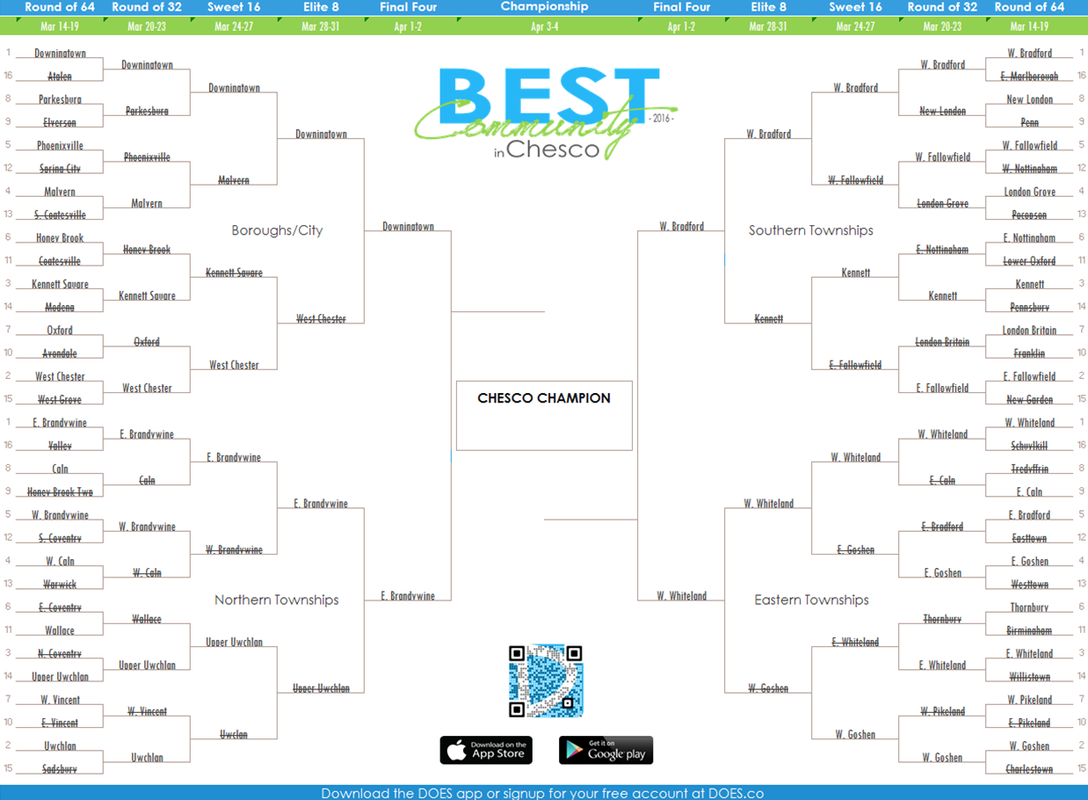 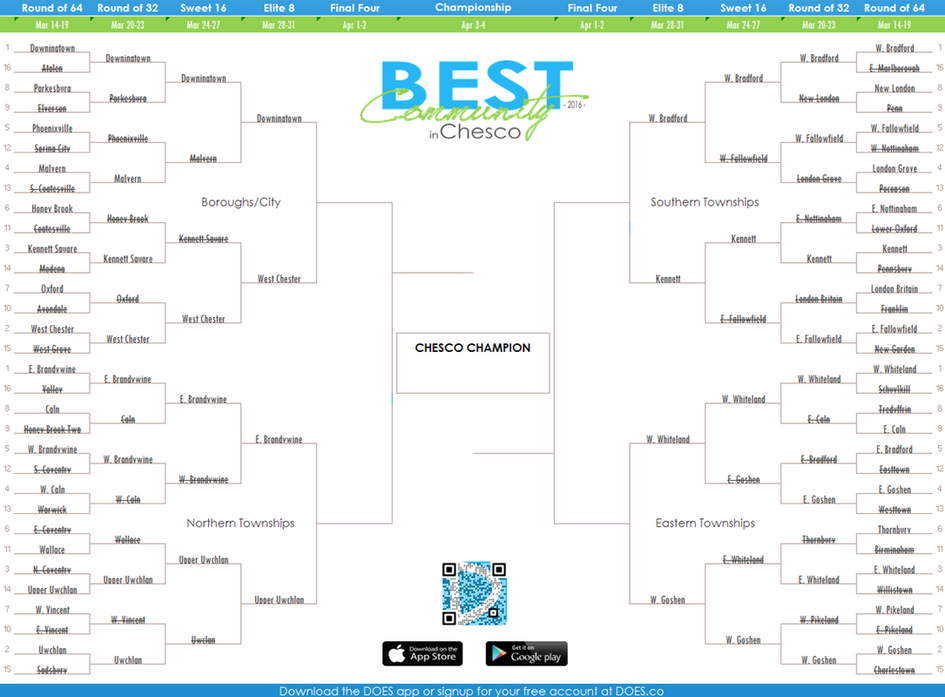 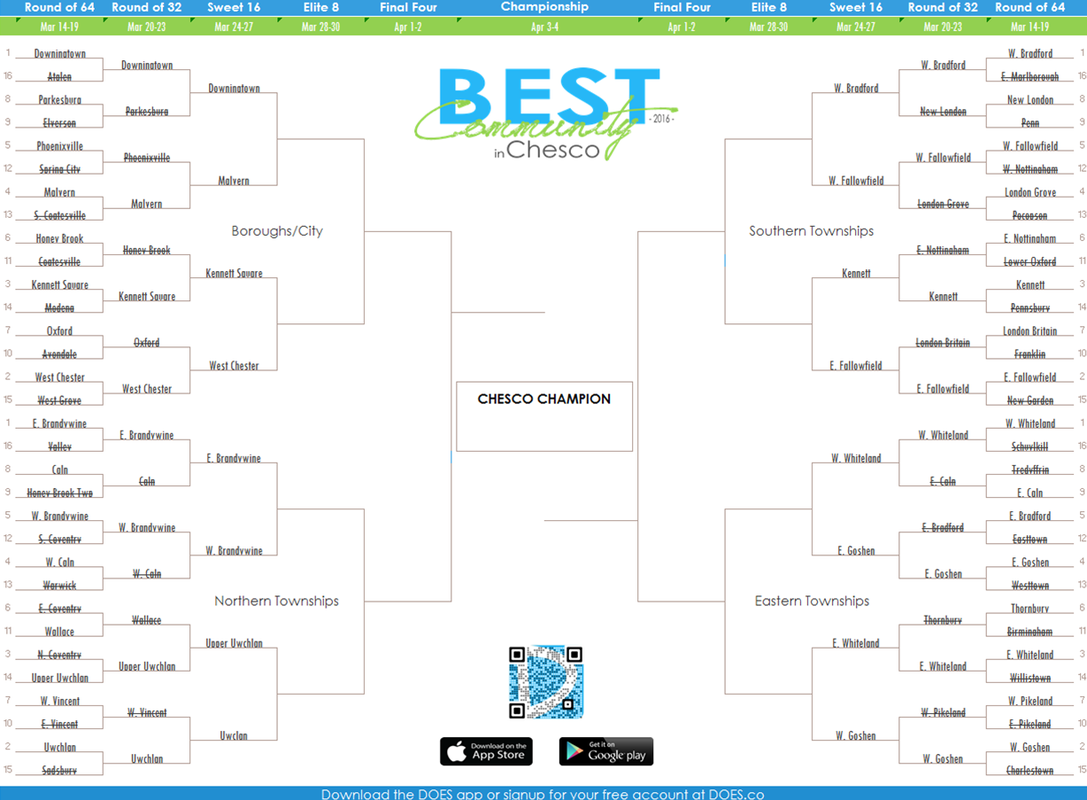 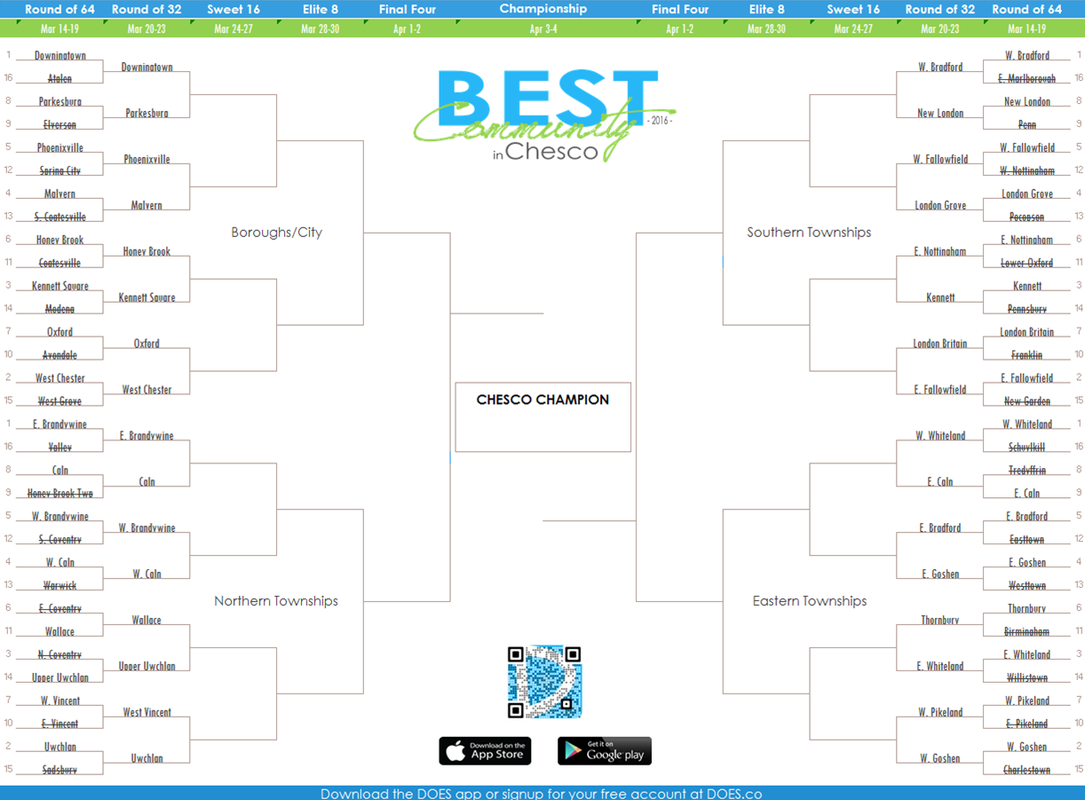 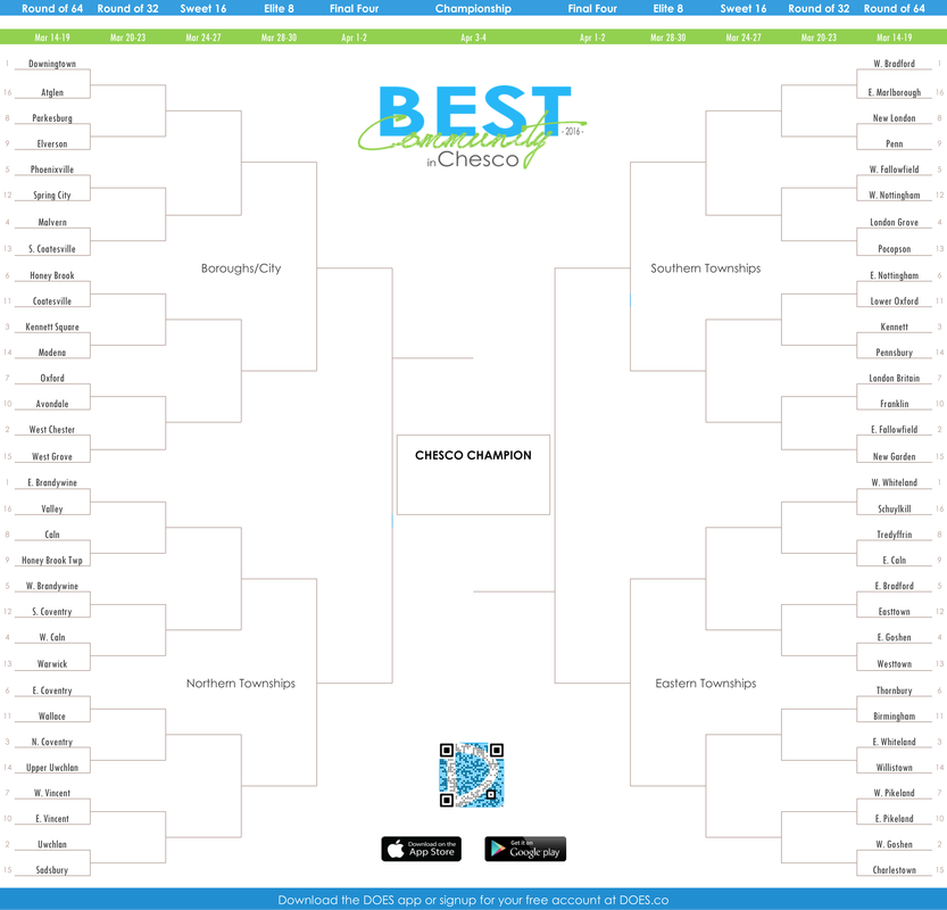 TWO WAYS TO PLAY; ONE WAY TO WIN

PLAY- Fill out and return your bracket and the person with the most points at the end of the tournament wins a $100 gift card courtesy of DOES.
​​
VOTE- You help determine which communities advance in the tournament by voting each round. You know what they say, vote early and share often to get more votes.

RULES- We hate rules, so lets keep it simple. Voting is open to anyone, but only registered members of DOES are eligible to win. A minimum of 100 users must submit brackets for the contest to begin. If you haven't already done so download the DOES app on Android or Apple, or register for free at DOES.co.

POINTS- Accrue points each round for correctly picking the winner of each match. The person with the most points at the end, wins! On the off chance of a tie, a winner will be chosen at random. Points are awarded, per round, as follows:
DOES Media